The one with the tomato and pepper soup

Fall has begun. I don't like saying goodbye to summer, and the only thing I like about fall, is that soupseason has started. Here's a recipe for tomato-pepper soup. Most recipes require to roast the pepper, and do the whole-cool down in a plastic bag-and peel thing. I've tried this once, and it was way too much work for me. I've experimented before with non-roasted peppers (I'm a bit of a lazy cook), and that works out fine too. 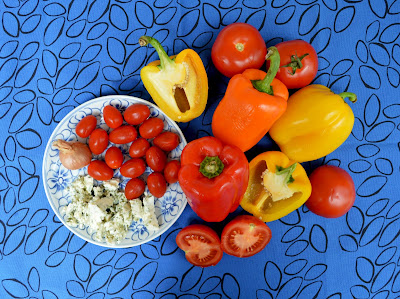 What you'll need (for four bowls): 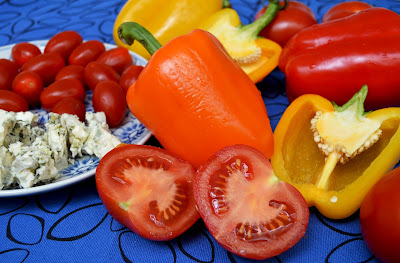 What you'll need to do:
Chop the onion, peppers and the big tomatoes in quarters, and the cherry tomatoes in half. Get a big soup pan on the heat and fry the onion softly in olive oil. Add the peppers and do some more frying. Then, add the vegetable stock and the tomatoes. Let this cook slowly, until the peppers are soft. This took about half an hour. Remove the pan from the heat and blitz the soup with a handheld mixer, and season with salt and pepper.

Serve the soup with the blue cheese. 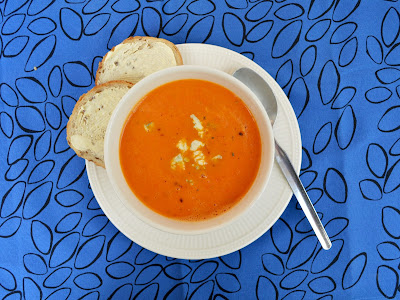 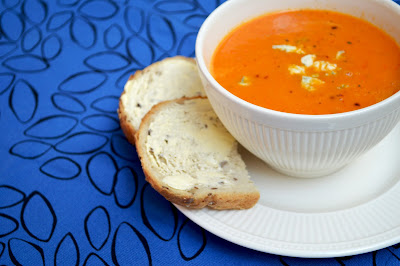