The one with the King

Last week a blogged about the colour orange and the Dutch Queen and Prince here. On april 30th we have Queen's Day in the Netherlands, on this day we celebrate the Queen's birthday. Yesterday was a very special one. Queen Beatrix abdicated the throne and her son was sworn in as King. I ended up at the fleamarket in our towns park and watching television. All.day.long. Normally I am not a big royalty fan, but this was something special. I love fashion, so watching fancy dressed princes, princesses and other important people was right up my alley. Highlight of the day was the royal blue dress Queen Máxima wore, while her husband took the oath. It was designed by Dutch fashion designer Jan Taminiau.

Some facts about yesterday (source NRCnext)


- 700.000 people visited Amsterdam
- 239.000 of them travelled there by train
- 150 bagpipe-players participated during the concert at the Museum Square
- 1.100 journalists from 54 countries travelled to Amsterdam
- Number of tweets about yesterdays festivities: 303.000
- Most used hashtags were: throne, queensday and abdication 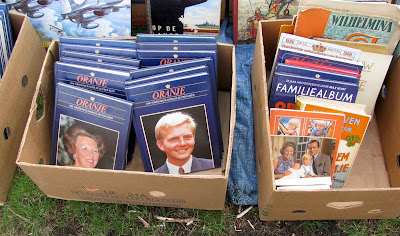 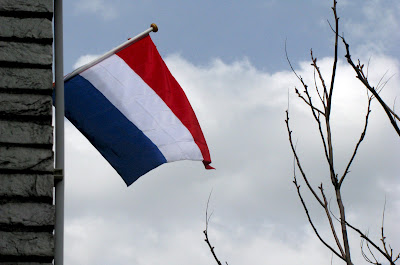