The one with the things I liked this week (71)

How has your week been so far? Mine was pretty good! I've taken a nice stroll around town after a day of work. The first photo is of one of the outside walls of the church I can see from my kitchen window. I love the architecture of it, with all it's gorgeous details. The second picture was taken on the same walk. For some reason, there are a couple of spots in town that makes me think I am on a holiday, somewhere in a small sunny French village. 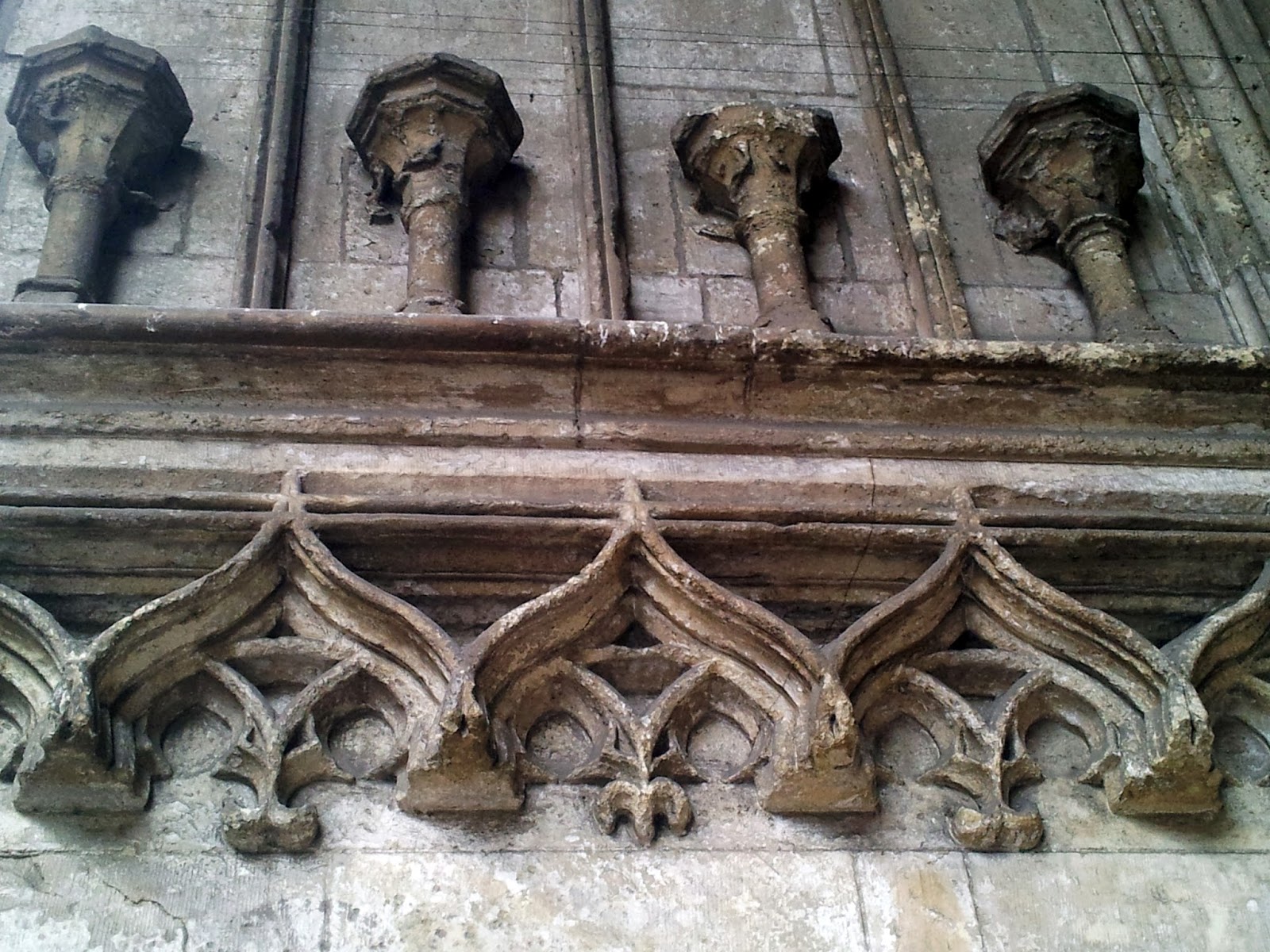 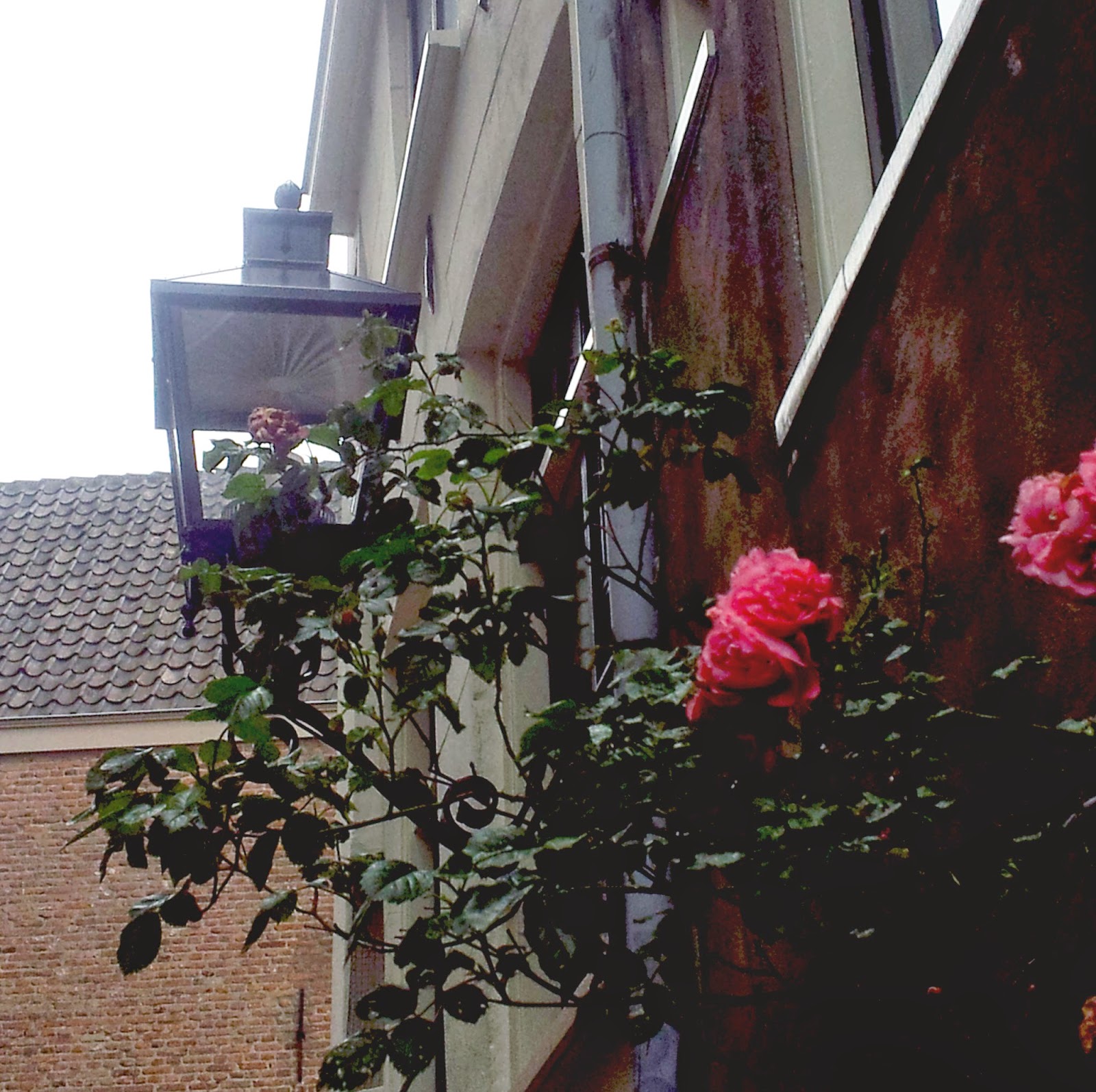 I wasn't really sure if I should've included this picture. I dropped a big bag full of styrofoam balls. And when I say big bag, I mean a huge bag. Fortunately for me, it's wasn't totally empty after dropping it. Because having to collect the tiny buggers after they've dropped: not so fun! Styrofoam balls don't like to be collected once they've made their escape, but do like to stick wherever they've made their escapes to. I can imagine the whole thing might have looked hilarious. 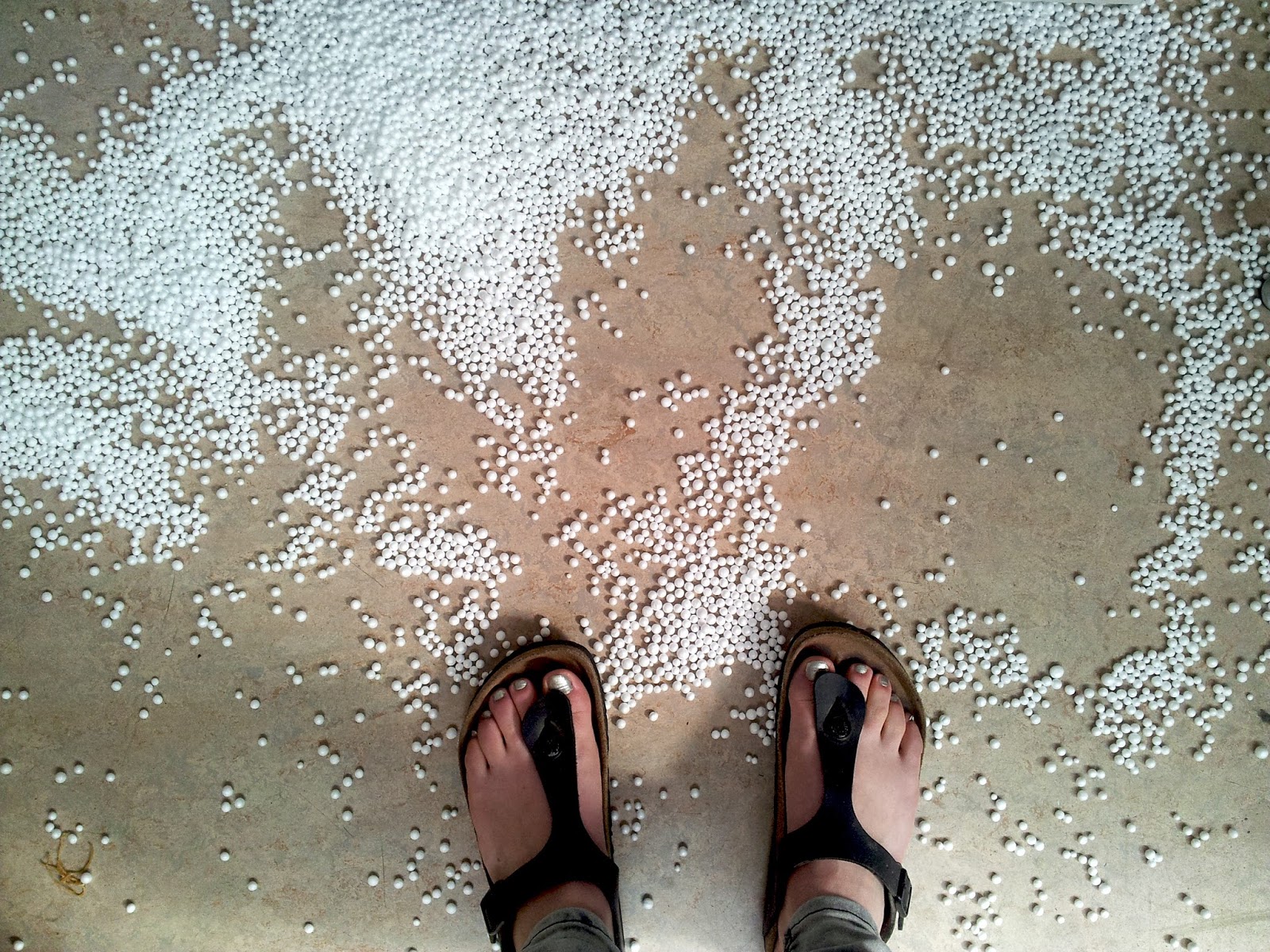 A nice stack of books. I've finished the first one (it's english title is Bob the streetcat, if you like cats, you might like this one as much as I did) last weekend. I immediately started with the next one. I've heard many good things about the 'hundred year old man who climbed out the window and disappeared' and so far I understand why! Next on my list is 'to kill a mockingbird'. I've made a reservation months ago at the library, and finally it's mine! Well, for the next couple of weeks. Are you a bookworm? Reading anything good at the moment? 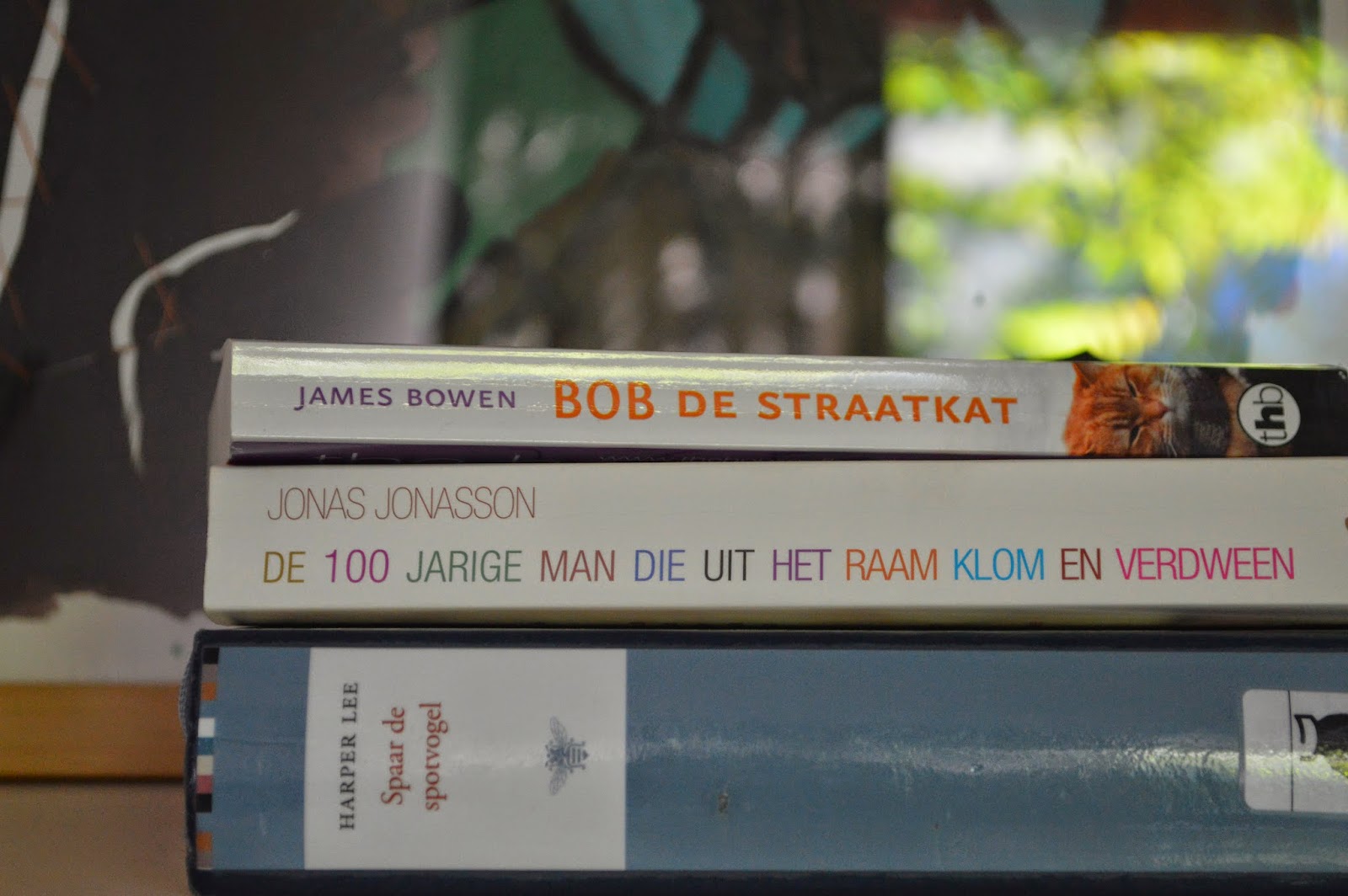 Other than that, last saturday we BBQed for the first time this year. This couscous salad was one of the side dishes (couscous, cucumber, red pepper, tomatoes, feta cheese, pinenuts, green olives and arugula). Tonight will be the second one. My job was to take care of the bread part, so I got some wonderfully smelling fresh bread at the bakery before work. It's like it has been calling my name, so I might have a little taste of it for lunch. I can not think of many things I like more than freshly baked bread. Dessert tonight will be the first match of the Dutch team at the World Cup. Are you a World Cup aficionado? Or is soccer not your cup of tea? Anyway, whatever it is you'll be doing this weekend, hope you'll be having loads of fun! 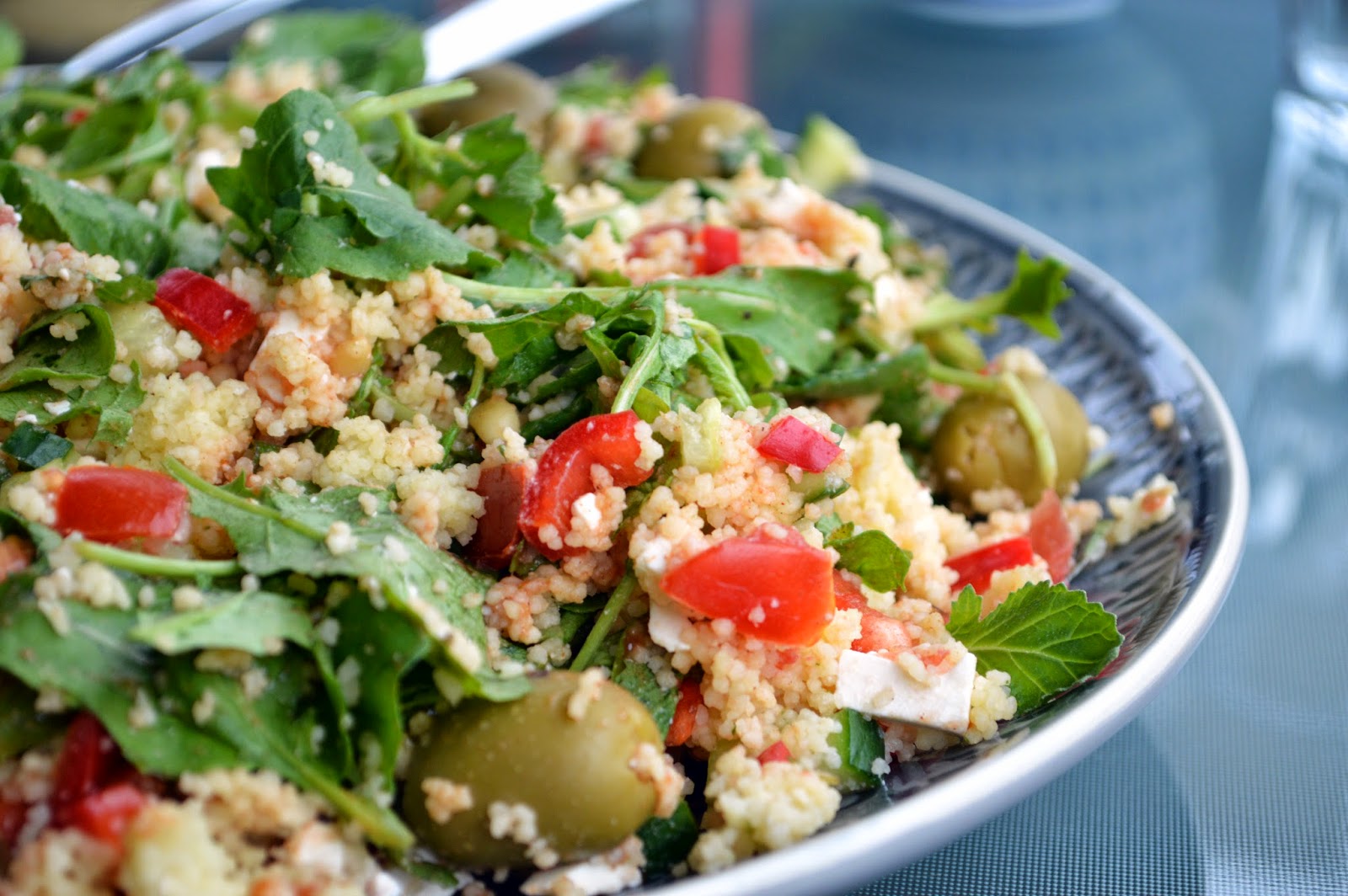