The one with the MuseumMarket

Back in April I received a phonecall all the way from Berlin, if I wanted to join DaWanda at the MuseumMarket on May 17th in Amsterdam. I've never attended a market as a seller, despite encouraging words from friends, telling me that my products would fit in well and that I should give it a shot.

Reasons to do give it a go this time: 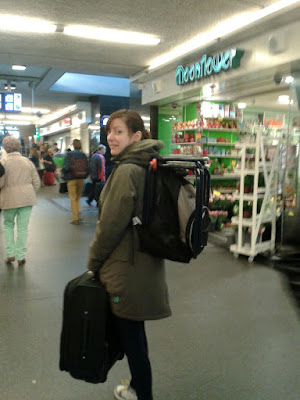 On our way! It was a last minute decision to do take some stools. We were traveling by train, so we couldn't take as much as we could have if we traveled by car. Most of saturday night was spent making a nifty little construction that would enable us to take them along. 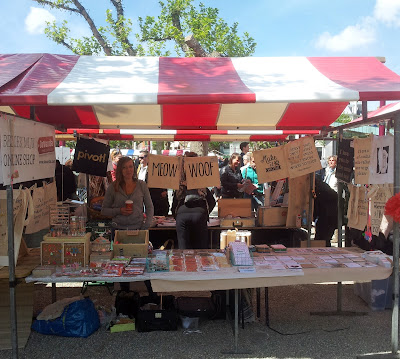 Everything's set up, Eefje snatched us up some coffee, and we are ready! 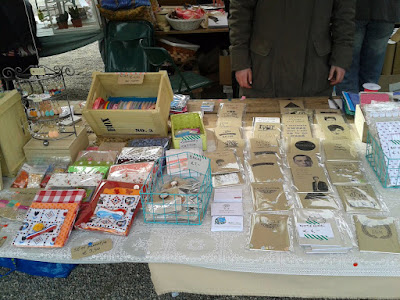 I love those fabric packages Eefje made 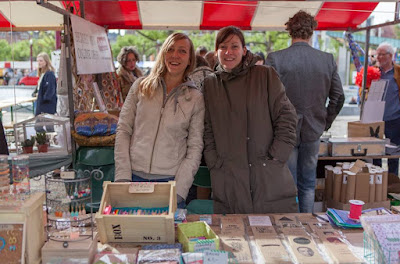 I've known Eefje since we were 6, but I don't have many pictures of us together,
so I like having this one! 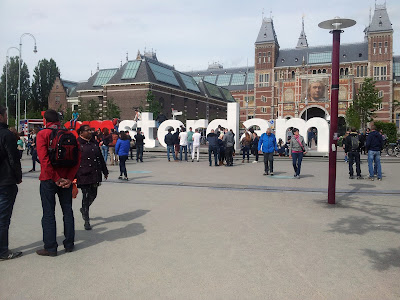 The I Amsterdam sign, with the famous Rijksmuseum in the background 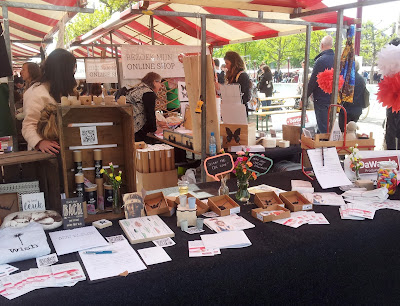 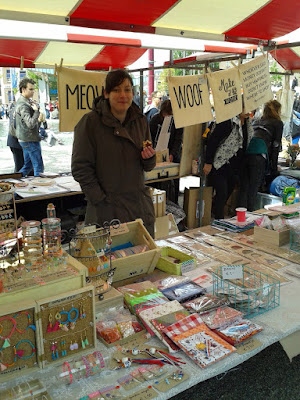 Well how did it go? Great! I had a wonderful time, and was very happy I decided to go. I even want to go again during summer. We had loads of fun, and even made quite some sales. Especially the bags and postcards were a hit. It was pretty busy all day long!

Things I would do differently next time:
Last but not least, to those of you who commented on the post friday before the market, those comments meant a lot to me. And thanks for all of the useful tips!